What's on your mind?

So, I am kind of new to Subnautica and I am new to this wiki.

By 'kind of new' I mean, I've seen a reaper, I've seen the sunbean kerblode, and I've made a habitat(THough it took an embarrassingly long time for me to figure out how to make a habitat. Still feel stupid...). I have heard the message form the PDA that made me nope out of the area, but I need advice. In my first save, I made my base in the mushroom forest(around 170-180 meters down) simply beause it was so beautiful at night, but I made another save because I was getting tired of drowning and starving almost to death. I feel like I'm doing better in that save, but the location has got me stumped.

The mushroom forest doesn't have a lot of hunting capability, and there's not alot of flat space, but it is rich in things for the habitat and other things for long-term.

The Sandstorm Spires have sand sharks, and I don't feel like fighting those poor creatures that got the short end of gene pool, but it has sandstone chunks that I need.

The Creepvines are a no. Between the mesmers(I hate mesmers), and the metal obsessed sharks, NO THANK YOU.

The Aurora is a no. I'm not fighting a reaper.

THe Safe Sands are...Well, safe, it has food, it has water, the tubes have GREAT hunting capability(I have two and I only need one), but it doesn't have the resources to sustain me.

The Blue Bubs have bonesharks. Screw bonesharks. And my seaglide wouldn't be able to go down there at the moment.

So, onto the question:

Where do I set up base?

I was looking at concept art, and HOLY JESUS WAS THE MESMER ALWAYS GOING TO BE THIS BIG?!?! 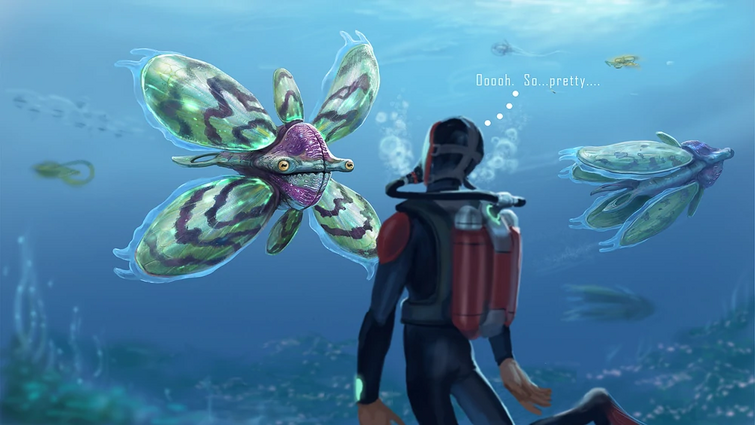 What if you looked up in Subnautica and saw a gargantuan creature poke his head into the planet’s atmosphere and took a breath before returning to its space ocean?

Hey, so if it takes a fancy water purification machine to make a bottle of water; how does the coffee machine work?

I have a world dedicated to eradicating all hostile Leviathans. With the information DrHarmacist has given us about Gas torpedoes, I will now spend a few hours collecting gas pods, and then I'm going to kill every leviathan.

Quick question though, should I do it in my Seamoth or my Prawn? Also, which species should I wipe out first? I'm thinking Sea Dragon, but it might be better to get more experience with Reapers.

Oh, and I'll hop onto a cretive world and I'll try to kill a Reefback with missiles.

When crafting a survival knife for the first time, the PDA mentions a massacre that happened in a place called 'Obraxis prime'.

The PDA doesn't provide any more info in the incident, so theorists, what do you think happened on Obraxis prime?

Okay, I want any and everyone who reads this to open subnautica or below zero, make a new game, and start playing around with console commands. I recommend fly, bobthebuilder, and hoverbikevariant1 (if you are using below zero)

Reaper leviathans were born into the world and chose violence

Idk if anyone remembers me but whatever

It also took me 2 hours to find Cave Sulfur because I'm stupid.

Whats your opinion on precursors?

Do the ghost leviathans in the void attack the cyclops when on silent running or low noise?

I need cyclops fragments. All I found was this: 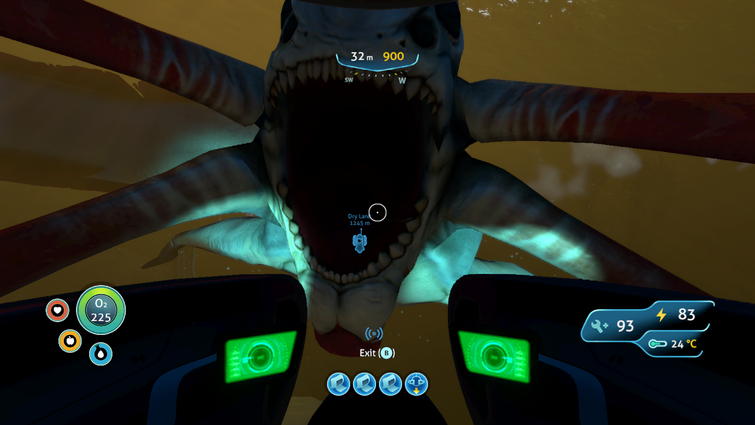