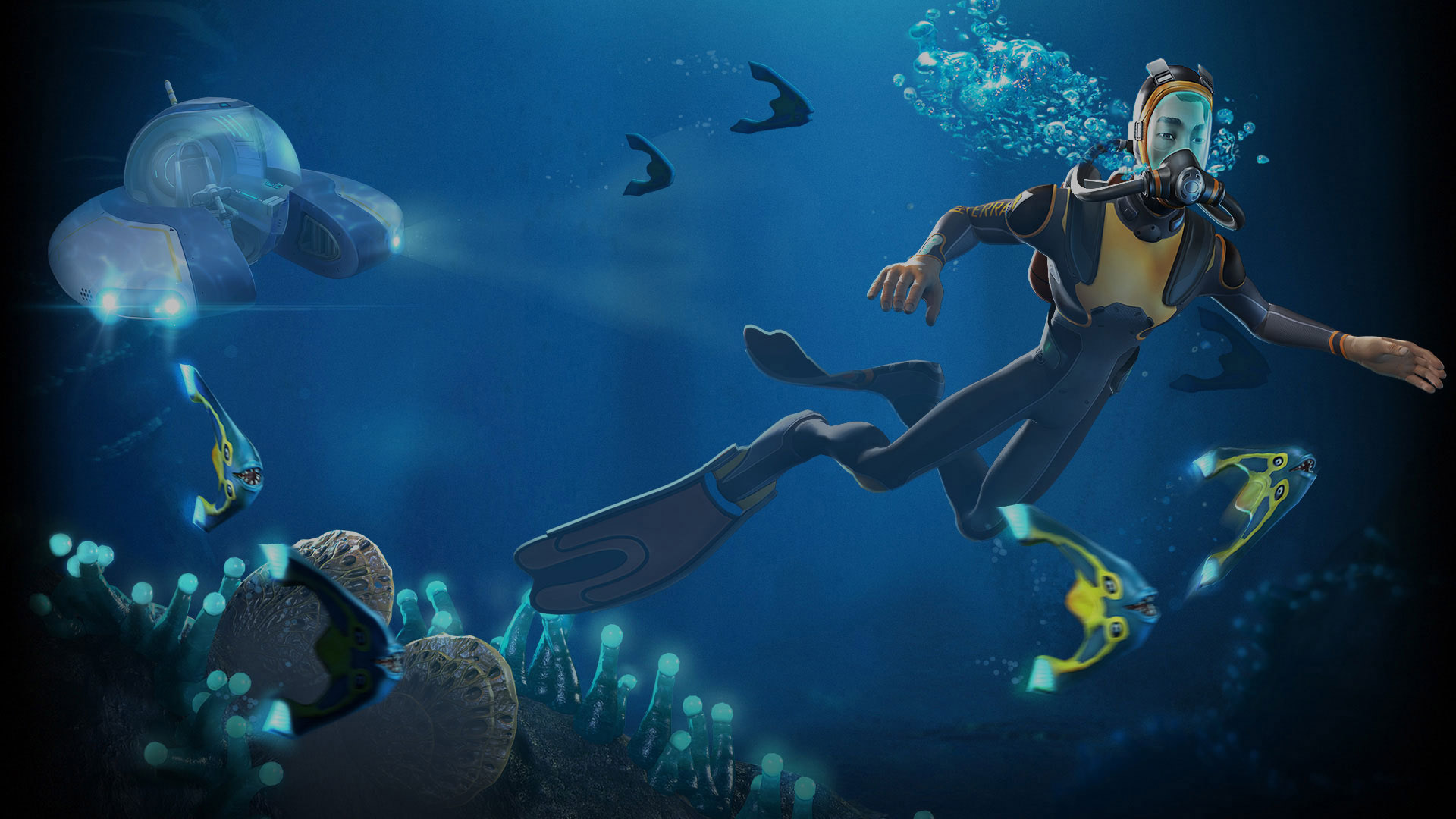 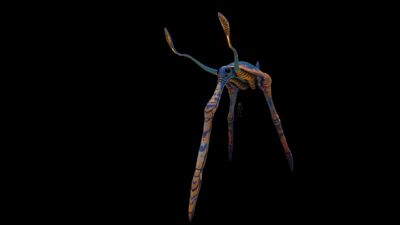 Leviathan is a classification given to extremely large creatures of the Subnautica universe. Although the wording of the Reaper Leviathan's databank entry would seem to imply that the leviathan classification is exclusive to predatory life forms, this is not the case; any fauna species of a... 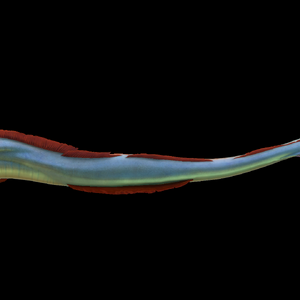 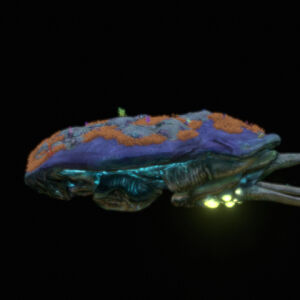 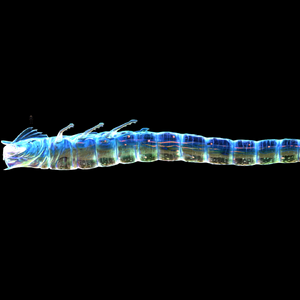 I went on a killing spree and purged every reaper, ghost leviathan, and sea dragon leviathan. I also have killed many other creatures. The only ones I have t purged are the ones that respawn and the sea emperor and warpers. Can anyone claim the same?

I suggest you a survival... It’s very difficult to survive... 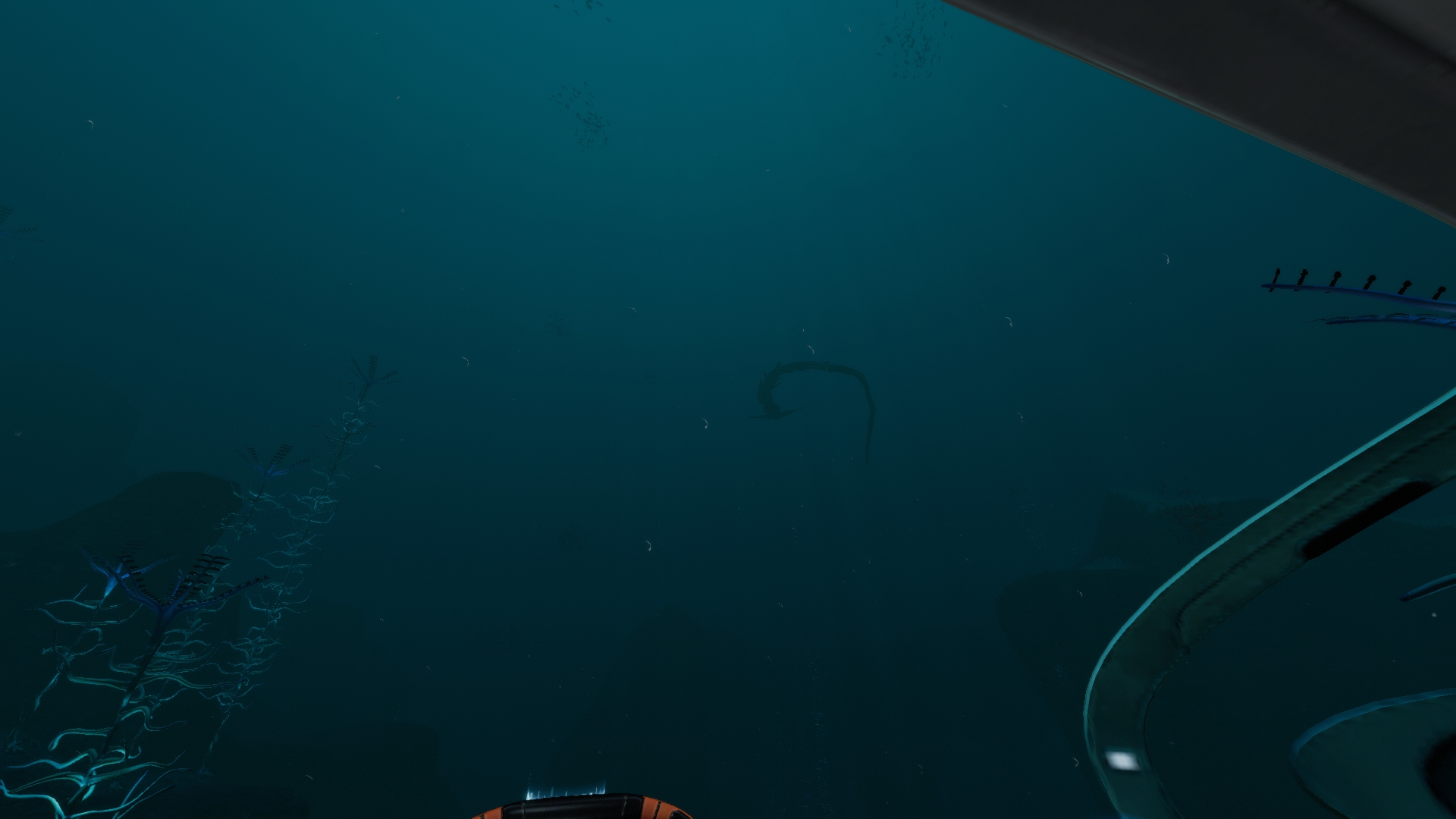 Appearence : It looks like a big creature, a head looks like the Boneshark. It have 8 Blood red eyes and deep black pupil. It have grey lines on his body, his body is blood red with black stain. It approximately measures ~50 meters for juvenile and ~65 for the adults. He have double tail.

Cycle Of Life : the nesting place is in the Blood Kelp Trench, the juvenile Find food in the Ampeel, and Warper. At 10 years old, he’s very big and it migrated in the Ghost Forest. He find food in the trees. At 25 years old it migrates in the Cove Tree where it will spend the rest of his life.

Behavior : it is completely passive, he gonna ate trees branches and the microscopic thing. He do not have gills. He takes oxygen in the bubbles or it kill a Ghostray or a River Prowler to take oxygen of his body.

Egg : he have no eggs. He’s viviparous.

Name:Dread leviathan. Size:65 meters. Enviremint:viod,past 3500 meters. Appearence:long and worm like,its body is clear white,with many grean vanes visible,its skin turning gray at the head.its neck has many grean lumps on it,which emit bioluminesce.its head has no nostrels nor eyes. it has two large mandibiles on the sides of its head,and two small ones on the top and bottem.it has two masive teath on the sides of its mouth,with many smaller ones betwen.its body has many long hairs stickin out of it. (PHOTOS) 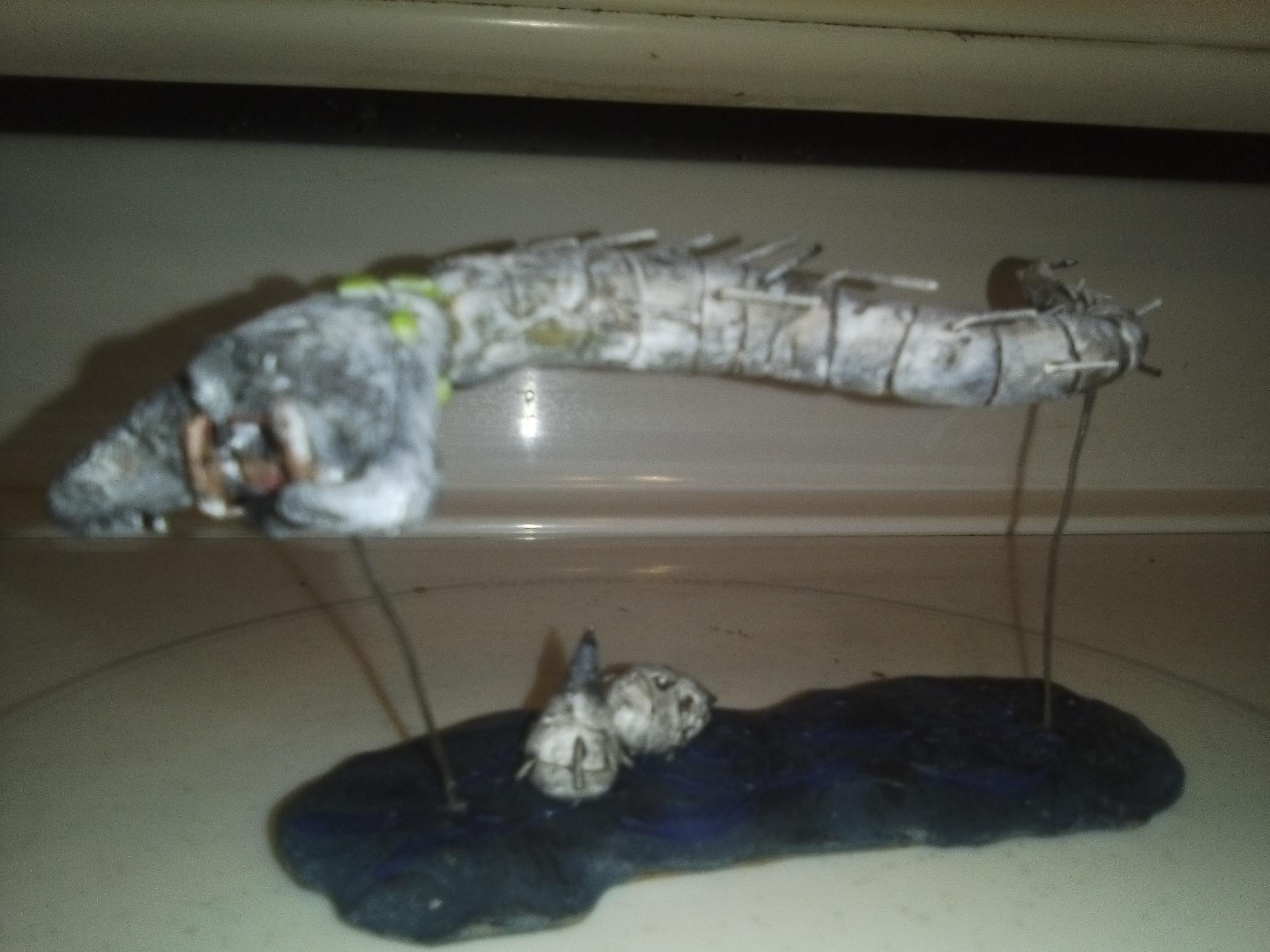 Behavior:extremly aggressive,the dread levithan is always hungry.it has no eyes or nostrils,but the many hairs on it can feal the vibrations in the water,meaning if you dont move it can not find you.the dread leviathan always changes hunting gronds,prefering to stay between 3000s to 4000meters.it eats anything it can grasp,even diffrent leviathans,and unfortunate members of its species,with its mandibiles,witch it uses to bite large chunks out of its victom. Food:any thing that wanders near it.it can suvivie up to 3 weeks without a meal. Intelligence:allmost none,the dread leviathan is incredibly dumb. Eggs:pale wihte in coler,with many small hairs stickin out.the egg is mostly round,coming to a small spike at the top.once the eggs are laid the mother will gaurd them until thay hatch,witch can take up two 2 weeks.once the eggs hatch the babys will eat the parent. (PHOTOS) 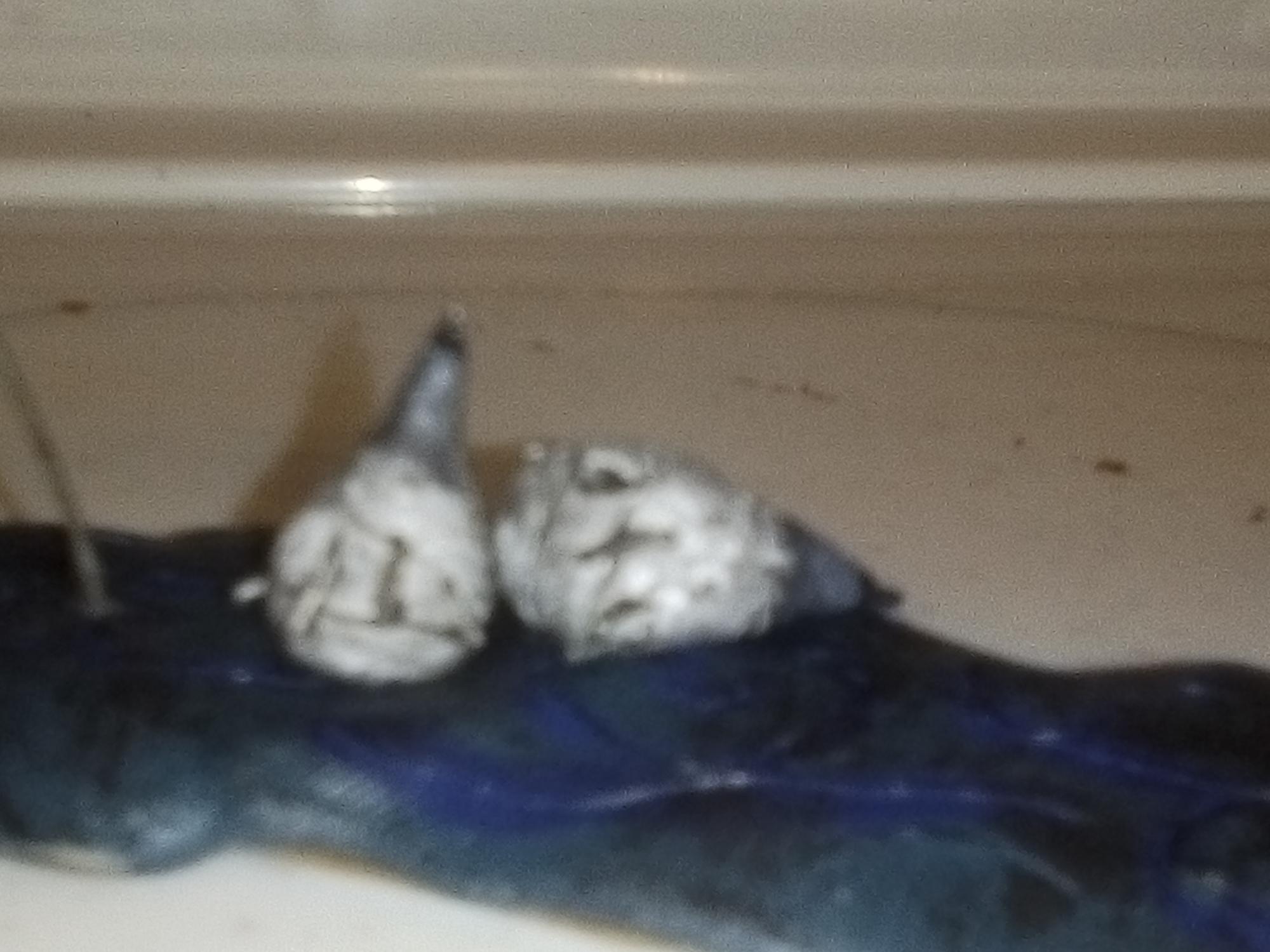 The Precursor Leviathan is a ancient Leviathan race. The rest of the skeleton was found in the Inactive Lava Zone.

Features : He had two giant jaws and tooth who measured 20 meters (tooth). The skeleton have molded. Apparently, this species of Leviathan have reigned 3 millions years ago on 4546B. The skeleton measure 202 meters long.

Egg : We have found the egg of this species, he apparently looks like to the Sea-Emperor Leviathan egg, but much bigger and scariest. He got 3 big spikes on the top of the egg and bottom, he have 4 big hooks, the scans suggest it’s for the upkeep of the egg if the floor. It’s black, and dark grey.

Cycle Of Life : the nesting place is unknown. But the Leviathan hatch from the egg and go to the Cove Tree. He have food from the tree, he ate trees branches. When he is 2 years old, he start to eat meat from the Ghost Ray and the River Prowler. When he is 10 he go to the Inactive Lava Zone Corridor and eat Lava Larva. When he come to the Inactive Lava Zone (he’s 40) he ate everything. Lava Lizard, Warper, Lava Larva and Sea-Dragon. And finally he died.

Conclusion : This species is gone from 4546B from 3M years ago and he was extremely aggressive. Impressive 202 meters long, big jaws. The theory suggest this Leviathan was created by the Precursor... But we are not sure of that...

Living Zone: It lives in the Bulb Zone and Blood Kelp Zone with Ampeels at any depth, the deepest it can go is 1000m and the highest they can go is 100m

Prey: It feeds on Bonesharks, Ampeels and suprisingly lots of flora such as tiger plants, the bulbs in the bulb zone

Size: About 40 meters long making it the largest creature in the bulb zone and the second largest in the blood kelp zone

Powers: Turn completely dark and cannot even be seen by thermal detection, electrocutes the player disabling them from moving

Egg: The egg is hidden in a cave in the wall where no creatures will find it, it has dark stripes and a small glowing spike

Features : All creatures are agressives, you start with 1/2 of your life. All passive leviathans one-shot, and small fish too.

Creatures : Peeper and other small fish do 5% damage, all leviathan One-shot (Reefback, Reapers...), the Season Emperor do not attack you. And aggressive creatives creatures (Boneshark, Sandshark...) Does more damage.

There is more leviathan in the map.

Horrific : The game is a little bit more dark, the brithness is limited to 45%. The creatures have got blood on their body and they are more dark. The Ghost-Leviathan is now red and black.

Biome : There Boneshark in the Safe Shallows (5). In the Cove Tree there is a Baby Ghost-Leviathan, it do 10% damage. There is much Sea-Deagon: 3 in the Inactive Lava Zone, 2 in the Lava Lakes. In the Dunes there are 13 Reapers-Leviathan. The player takes damage at 25 degrees. 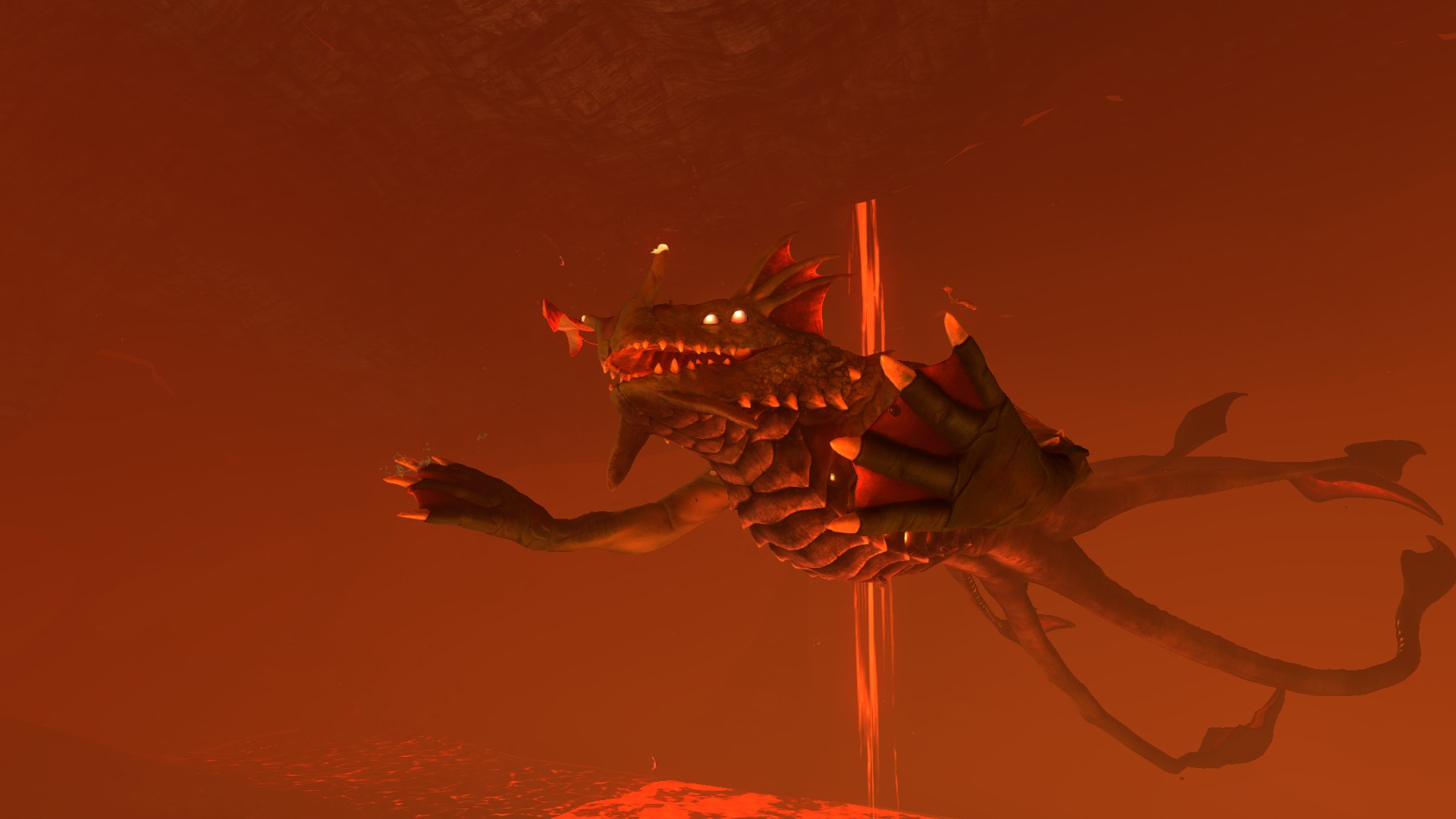 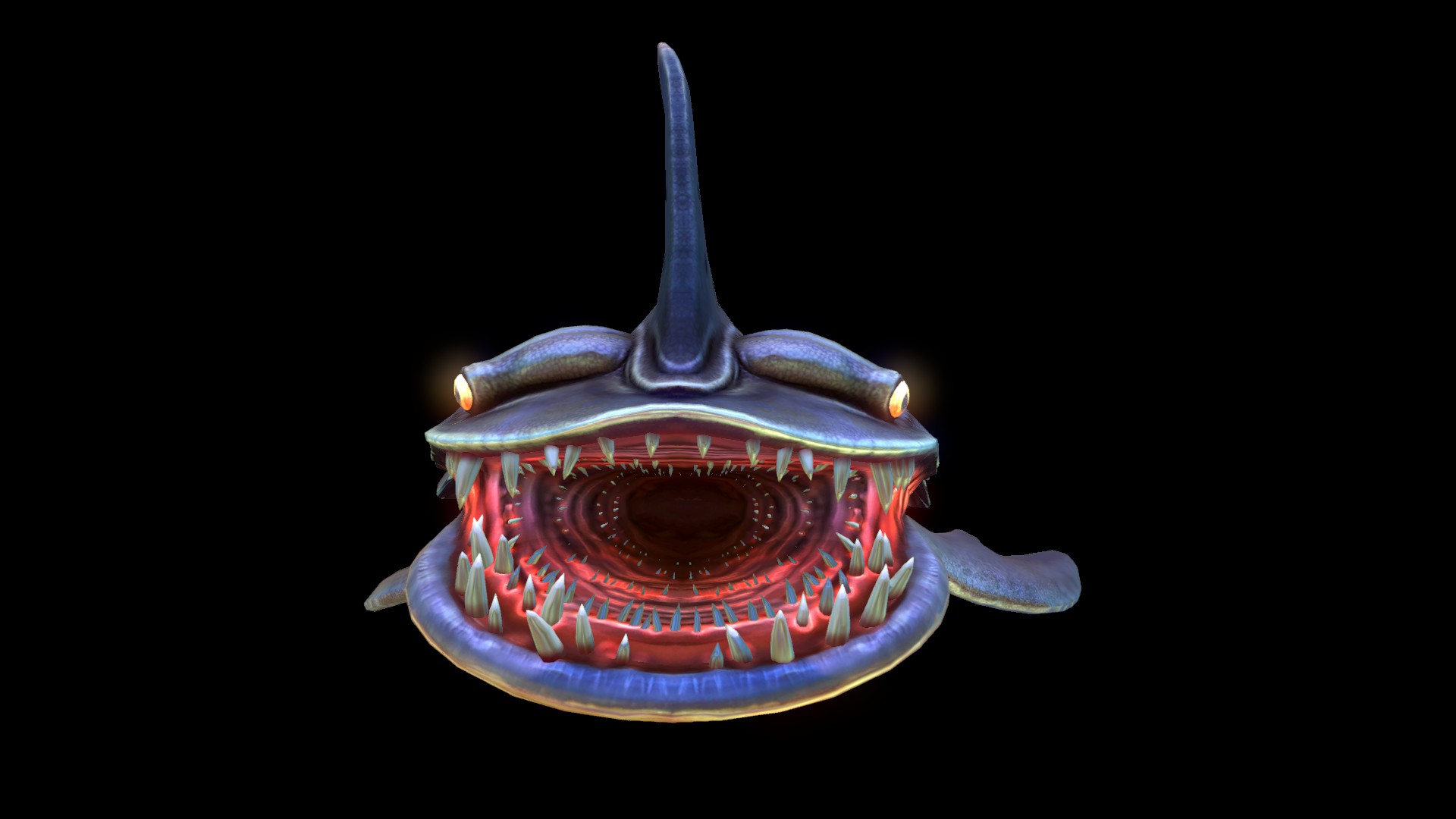 2 days left until the event is over

Living Zone: Lives in the Crater Edge, its living area ranges from 4000m to 8192m but it can go all the way to up to 300m, it lives in the crater as it is the only place that can withstand their needs

Size: They are approximately 2x larger than the Sea Emperor Leviathan at 320 meters long and could possibly be larger

Likeness: They have purple glowing stripes on their body which allow them to be seen from afar, it has reaper leviathan like talons on their head and they can destroy an Atlas submarine (largest submarine in subnautica files) as fast as a reaper leviathan at a seamoth, they have a slim body with fins for enhanced movement

Powers: They can become a real phantom in a way by turning their body into a ghost like way where they can move through terrain and completely ignore any damage done to them, basically becoming invincible for a short time, this is how they get Sea Dragons and sneak up on Ghost Leviathans

I cant post a picture i dont know how

APPEARANCE : He look like Sandshark, he has spikes on is back and the spikes hurts if we touch it. He has red tooth and pink-black mouth. He has yellow bioluminescence on his fins.

DAMAGE : He deal 25% damage (15% with a good dive suit), he deal continued damage cause he has rotten food between his tooth. The spikes on his back deal 10% hp damage. His charge do 5% damage

BEHAVIOUR : He’s docile until we come. He gonna charge (like a ghost) and bite. Next, he gonna live until we die, if we are not dead, he will re-bite.

CONCLUSION : Extreme threat— AVOID IT IN ALL CIRCUMSTANCES 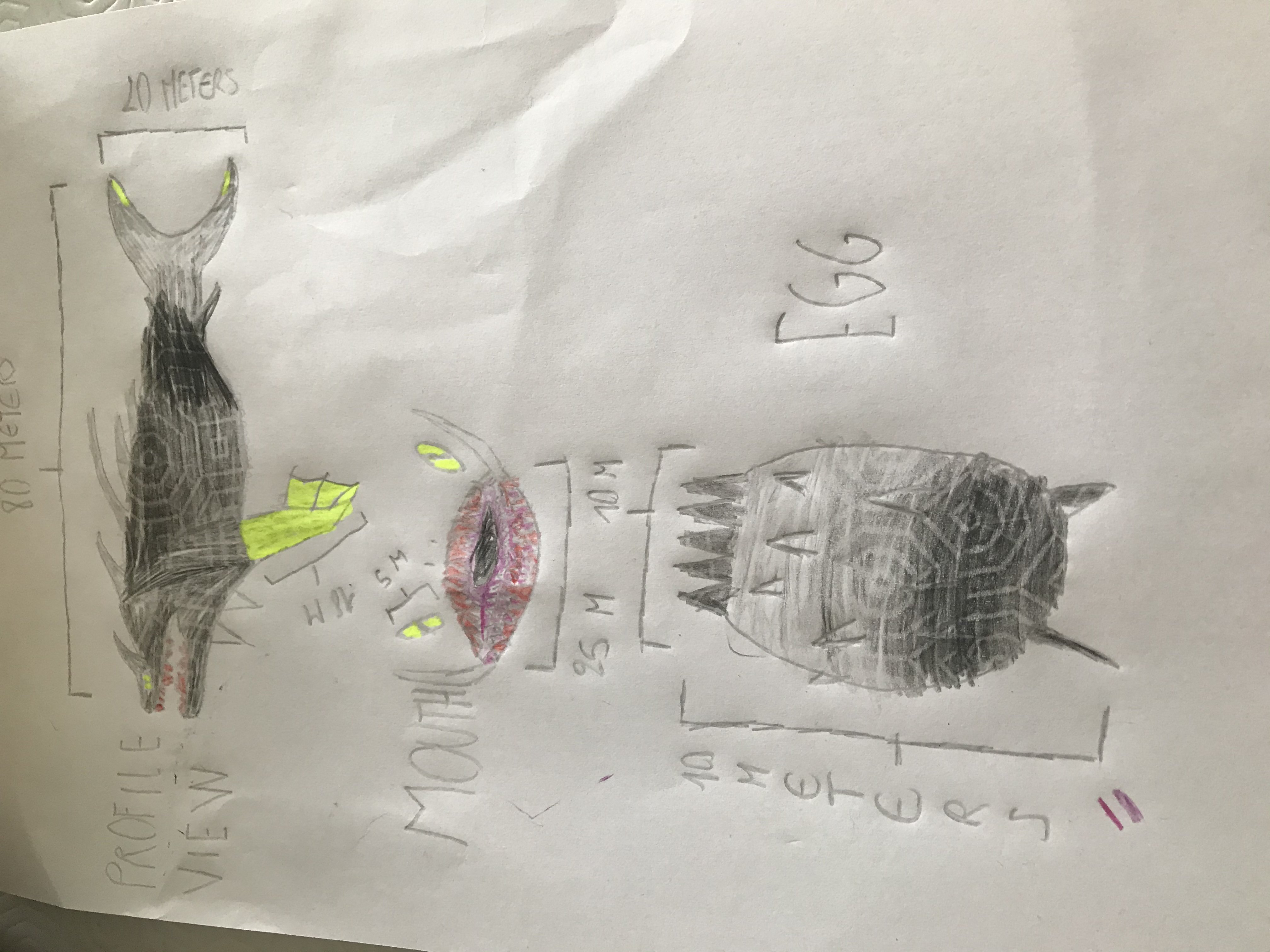 The Shark-Leviathan is a small creature, he can do a big charge to his prey or his enemies.

APPEARANCE : He looks like a Sandshark but he is a little bit more big. He has two fins and 3 rows of tooth. He’s black and his fins are white.

BEHAVIOUR : He’s extremely aggressive, more than a Sea-Dragon. If you enter his territory, he will do a big charge to you. The only way to sow it, it’s from escape his territory. The territory is long by 15x17 meters.

DAMAGE : he does continued damage if you don’t escape from his chasse terrain. He do 25% of damage, continued damages so 4 hits and you’re dead. The speed of hitting is 1,25 seconds.

CONCLUSION : Extreme threat— Avoid it in all circumstances.

name:Dread Leviathan. Biome: viod. Size: about the size of an reaper. It looks similar to an tape worm,with many large hairs sticking out of the sides.its clear, meaning you can see the insides of it.its head... I'm not sure yet, probably similar to a bobbit worm, and it has no eyes,so it can't see you,no nose,so it can't smell you.BUT the hairs can feal vibrations in the water, meaning it can FEEL you.its food source is... I don't know yet. I plan on making a PDA entry, I also plan on modeling one.(I'm bad at it,and I'm bad at painting it,but WATEVER)

So...odd question but, what are some good ghost Leviathan names?