Basalt Outcrops were a common outcrop type that spawned in many biomes, they dropped Gold, Diamond, and previously, Uraninite Crystals. They received a final model and why they were removed is not fully known. Basalt Outcrops spawned in the following biomes:

The Botanical Analysis Machine was a machine meant to study Flora. It was cut when the Scanner was added.

Once the device was deployed and activated, it would produce a column-shaped hydro-current from an emitter on its front. This stream could push small and large objects alike, including Lifepod 5 and the Reefback. However the Seamoth and Cyclops were not affected by the Current Generator.

The Current Generator has been scrapped and is no longer available in the game.

Calcium was a craftable resource that was used in the production of bleach and was made from Coral Tube Samples.

Spawn: spawn fragmentanalyzer (Does not work, only works as storage)

The Fragment Analyzer placed inside the Cyclops

Graphene was a material that was crafted at the Fabricator.

Mercury Ore was a material found in various biomes and was originally used in the Cyclops Fire Suppression System before being replaced by Crystalline Sulfur. It was then remained in game until the full release, whereas it was finally cut.

Nanowires were a nano-scale Electronic item crafted from Mercury Ore (another cut item) that was intended for quantum devices and sensors.

Obsidian Outcrops were Harvesting Nodes found in the Lava Zones, they dropped only Diamond and never received a final model. They spawned in the following biomes:

The Old Observatory was a small primitive glass box that could be constructed with the Mobile Vehicle Bay. Unlike the newer Observatory it was not a Seabase module and was instead freestanding. It had two entrances and was primarily used to observe Fauna and the environment. The only way to move it was to use Floaters.

The old Bioreactor was built outside of a base and could only be powered using Fungal Samples and Creepvine Samples.

The old Nuclear Reactor was built outside of the Seabase and had to be supplied with raw Uranium to function.

The Terraformer was a tool that allowed the player to remove material from one place in the world and deposit it elsewhere. A counter showed the current amount of material held by the device.

The Terraformer was removed due to performance issues because of the way the Terraformer works. The Terraformer model may later be used for an unknown purpose in later updates, as the developers thought the model was "too cool". If the Terraformer is spawned in more current versions, the description is "RIP terraformer" referring to the development team's disappointment in having to remove it. The item texture in the inventory has also been deleted and changed to the ? icon.

The Thermometer was a piece of equipment that allowed the player to see the temperature at their current location. It was removed because it was hard to implement into the latest HUD, and was rarely used during gameplay, which rendered it not worth keeping.[1] It's removal was made more apparent by the addition of built in thermometers on vehicle HUDs.

The Specimen Analyzer was a machine meant to study Eggs. It was removed when the Alien Containment and Scanner were added.

Spawn: spawn specimenanalyzer (does not work and only holds small eggs)

Uranium was an item belonging to the Advanced Materials category that was removed in the Prison Update. It was crafted using three Uraninite Crystals, and was used in the crafting of Reactor Rods and several Electronic items. Uranium was removed to simplify the Reactor Rod recipe.[2]

The Shell Hull Reinforcement Module was an Upgrade Module for the Cyclops. When used to upgrade the Cyclops, it added 1600 meters to both the safe depth and the crush depth. This item was removed when the new, non-stacking upgrade system was introduced.

The Chelonian Hull Reinforcement Module was an Upgrade Module for the Cyclops. When used to upgrade the Cyclops, it added 2800 meters to both the safe depth and the crush depth. The Chelonian Hull Reinforcement Module was the strongest reinforcement module. To create the module, blueprints from the Specimen Analyzer were required as Reefback DNA was part of the recipe. This item was removed when the new, non-stacking upgrade system was introduced.

An unused version of the Alien Data Terminal, albeit a more cyan hue. Where this would have been located is unknown, although it can be assumed that it would have functioned identically to the Orange and Green Terminals.

There are currently two unused Alien Tablets that were going to be used for unknown things (Possibly to deactivate Forcefields or other unimplemented features).

The Red Tablet or Red Precursor Key is an unused Alien Tablet that was going to presumably deactivate forcefields.

The White Tablet or White Precursor Key is an unused Alien Tablet that was presumably going to deactivate forcefields or possibly, other unimplemented features, noting it was a 4 (2x2) storage unit item, rather than a 1 storage unit item like all the other keys. 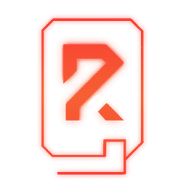 The Symbol on the Red Tablet 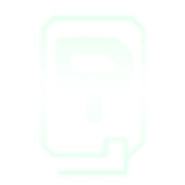 The Symbol on the White Tablet

An Ion Cube Matrix is a piece of technology that was originally planned to be used in the construction of the Neptune Escape Rocket. However, it was replaced with Ion Power Cells.

An Ion Cube Matrix would be crafted with five Ion Cubes.[3]

The entity gallery was a series of textureless, white boxes that could be spawned by typing "entgal" into the console. On top of each box an entity from the world of Subnautica could be found. Of the various things found here, the model of the scrapped "Sandworm" creature was perhaps the most notable.

The entity gallery's removal may have been due to the multiple occasions in which Precursor objects were mistakenly added to the gallery; This resulted in Precursor objects and bases being revealed to the public long before they were intended to be. The most well known example of this was the "Skittles Update" in which many of the games textures were converted to multicoloured squares, this was because the game had gone over the limit of textures by the accidental addition of the Quarantine Enforcement Platform model and several other Precursor props to the gallery.