The Blood Crawler is an aggressive fauna species mainly found in the Blood Kelp Caves. It can also be found in lesser numbers in the lower areas of the Lost River's Ghost Forest.

The Blood Crawler's main body is about the same size as a Cave Crawler, however, it possesses very long legs (even longer than the player's height), covered with inward facing spikes, giving it a more intimidating look than that of its relatives.

Most of its body is cyanish blue in color, while its legs are red tipped. It has a large, bioluminescent reddish-pink glowing eye with red sclera and blue pupil. Also, there are four smaller simple eyes situated near its mandibles.

It is also capable of climbing onto the walls and ceilings of most surfaces, including Seabases, cave walls, the Seamoth, Cyclops, and Prawn Suit. 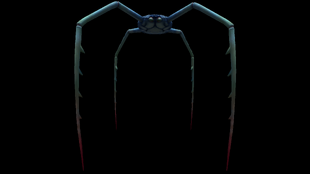 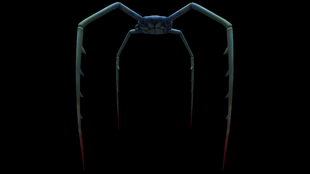 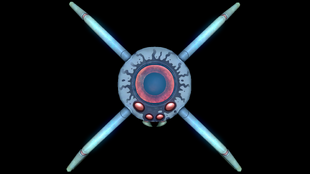 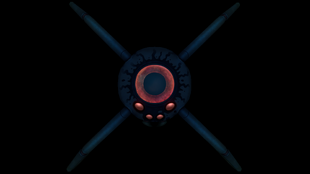 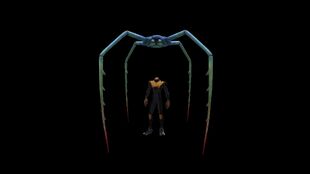 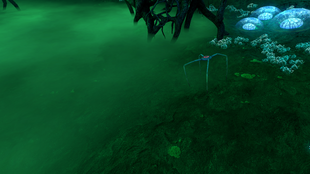 A Blood Crawler in the Lost River Ghost Forest 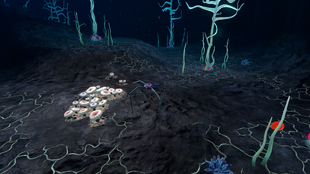 A Blood Crawler in the Blood Kelp Zone 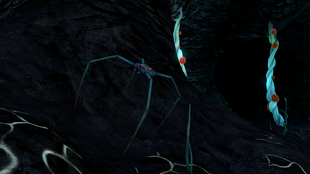 A Blood Crawler in the Blood Kelp Caves