View source
watch 02:46
The Quarry - The Loop
Do you like this video?
Play Sound
This article is about the Degasi. You may be looking for the Aurora, or the Sunbeam, or the Degasi Seabases.

Chief's log, five weeks since the crash. The only other survivors are my son, Bart, and Maida, the cut-price mercenary I commissioned for the journey.

The Degasi was a Mongolian ship that was owned by the Torgal Corporation and manned by six people. The ship crashed on Planet 4546B en route to a space station around a decade prior to the events of Subnautica, in identical circumstances to the Aurora.

Through the course of Subnautica, the player can find remnants from the Degasi crew's time on the planet, such as PDAs, seabases and other foundations, which allow them to piece together their story.

Around a decade prior to the Aurora crash, a Mongolian ship named the Degasi, piloted by Paul Torgal, takes a detour from one of its usual routes to visit Planet 4546B. However, when the ship comes within range of the planet, it is shot down by the Quarantine Enforcement Platform, forcing Paul to make a controlled descent onto the planet. Of the six crew members onboard the Degasi, there are only three survivors after the crash: Paul, his son Bart Torgal, and Marguerit Maida, a mercenary hired by Paul to defend the Degasi against pirate attacks.

After drifting in a lifepod together for a number of days, the three eventually wash up at the Floating Island. Paul sends Marguerit to salvage parts from the ship and sends Bart to find a stable source of food for them. Together, they construct their first base on the Floating Island. Paul is initially reluctant to leave the island, deeming it a safe place to wait for rescue, while Marguerit insists that they explore the ocean surrounding them, stating that eventually they will have to.

While on the island, Marguerit finds a purple tablet in the sand and brings it back to the crew. Paul theorises that they were not the first ones to come to the planet, a fact which Marguerit agrees with and bears in mind. Eventually, storms flood their growbeds and a landslide buries part of their base. Marguerit states that they must abandon their base, explaining that she found a suitable location for one in a nearby cave system. Paul, reluctantly, accepts her proposal and the crew leave the Floating Island, setting up their second base in the Jellyshroom Cave.

At their new base, the crew constructs various foundations around a cave, and Bart conducts his own research about the various flora and fauna in the ecosystem. Bart's relationship with Marguerit develops positively as she helps him with his personal projects, while Marguerit's relationship with Paul deteriorates, with the two regularly arguing and conflicting over what they deem to be the best course of action. Eventually, however, the base begins to leak water.

Some time later, Bart picks up something on a scanner. Marguerit immediately takes interest, insisting that it must have something to do with their ship being shot down. She proposes building a new base deeper than their current one to investigate it, also citing the leakage as a reason to move. Paul is initially angry at the idea and opposes it, but eventually concedes. The crew pack up and head for the Grand Reef where they construct their final seabase.

While on their new seabase, Bart learns of the existence of the Kharaa Bacterium and deduces that not only have all three of them been infected by it, but also that every organism on the planet is infected by it. Since the infection does not exist within their database, they have no known cure for it. Bart sets out to find a treatment for the infection, with Marguerit bringing him specimens to study. Unfortunately, since the specimens are either dead or injected with Transfuser serums, they make for unsuitable test subjects.

Later, Marguerit tows a half-dead Reaper Leviathan on the back of her Cyclops for Bart to study. Paul is blisteringly furious at her actions, accusing her of putting all of their lives at risk. From here, the group breaks down with Paul and Marguerit arguing far more with one another and Bart trying to act as peacekeeper. In the middle of one of their arguments, another Reaper Leviathan attacks their base, causing Paul and Marguerit to be ejected from it.

From here, the group is separated. Marguerit saves Paul from the Reaper by attacking it with a jagged piece of metal, but it swims off into the depths carrying her with it. Paul then follows what he perceives to be a light even deeper into the biome, but is presumably killed by a Crabsquid (as theorised from the game's trailer). Bart is the only crew member to make it out of the Grand Reef.

Bart reaches the Safe Shallows and builds a new base (though this one is never found in-game) and tries to continue finding a cure for the infection. He begins to have visions which get more frequent as the infection worsens (which are theorised to be from the Sea Emperor Leviathan contacting him). Eventually, Bart returns to the crew's initial base on the Floating Island and records one final voice log where he feels regret for not listening to his father about venturing deeper. Some time after, Bart finally succumbs to the infection.

Ten years later, Alterra sends the Aurora into the Ariadne Arm to build a Phasegate. However, Alterra gives the Aurora a secret secondary objective: to conduct a Search and Rescue mission for the Degasi crew on Planet 4546B. Following the Aurora's crash, its sole survivor, Ryley Robinson, finds the remnants of the Degasi crew, however failing to find any survivors.

In Subnautica: Below Zero, Robin Ayou discovers that Marguerit survived the Reaper Leviathan attack and sailed to Sector Zero in its carcass, where she built several seabases and evaded Alterra's second mission to the planet.

Age at time of disappearance: 79

Information: Majority shareholder in the Torgal Corporation. Beneficiary of life extension technologies. Captain of the Degasi. Father of Bart Torgal. His last PDA suggests he died after the destruction of the Deep Grand Reef base, having followed lights of unknown origin.

Age at time of disappearance: 19

Information: Only child of Paul Torgal, heir to the Torgal Corporation. Beneficiary of cerebral implants. Kept the remaining Degasi crew alive after the crash by growing food. After the destruction of the Deep Grand Reef base by a Reaper Leviathan, Bart managed to survive for an unspecified amount of time, before he fled to the Floating Island base, where he made his final log in the western observatory and succumbed to Kharaa.

Age at time of disappearance: 42

Information: A mercenary hired to protect the Degasi in case of pirate attacks. Encouraged Paul and Bart to set up habitats under the surface. Very experienced, wrestled Stalkers for their teeth and injured a Reaper Leviathan to the extent that it almost died. She killed the Reaper that was responsible for the destruction of the Deep Grand Reef Degasi Seabase and floated on its carcass to Sector Zero, which is her latest known location.

The Degasi crashing into 4546B after being shot down, seen in the cinematic trailer.

The Degasi from the back crashing into 4546B after being shot down, also seen in the cinematic trailer. 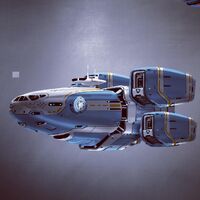 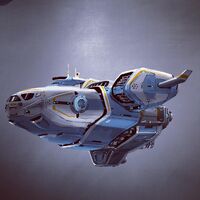 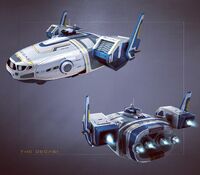