View source
watch 02:34
Fire Emblem Warriors: Three Hopes - The Loop
Do you like this video?
Play Sound
This article is about Kyanite in Subnautica. Click here for information on this subject in Below Zero.

Kyanite is a raw material that appears as an angular blue gemstone, and can be clustered together in a large crystalline formation or found alone inside the Lava Castle.

Kyanite, as a large resource deposit 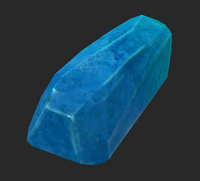 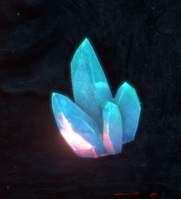