Subnautica Wiki
Register
Don't have an account?
Sign In
Advertisement
in: Crafted with Shuttlebug, Bioreactor Fuel, Passive,
and 24 more
English

Shuttlebugs are a small, passive fauna species. They commonly populate caves, but can also be found in some surface areas, such as the Crag Field, Crash Zone, and Dunes. They are also found in abundance in the Sparse Reef.

The Shuttlebug has three long flippers at the back end, with three legs in front surrounding a large eye. The sides of each flipper are adorned with a pattern which gives a bright orange bioluminescent glow. 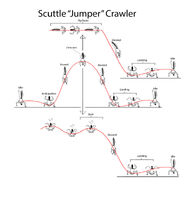 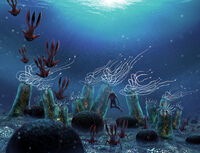