Reconnaissance tool for exploring the surface.

Without Spy Penglings, scientists may have never discovered that Penglings incubate their eggs in small cave burrows, often alongside Thermal Lily roots.

The Spy Pengling is a deployable reconnaissance drone created by Samantha Ayou. It serves as a land-based alternative to the Camera Drone.

The Spy Pengling has two modes, "Explore" and "Document". While controlling a Spy Pengling, the player can switch between these modes with RMB.

Explore mode allows the player to move the Spy Pengling. This mode also limits to the camera to be forward-facing. A small robotic arm allows resources to be collected with LMB. The drone has a storage container that can hold up to four items. The small stature of the Spy Pengling allows it to explore otherwise inaccessible areas that are too small for the player.

The Spy Pengling is the only way to collect Snow Stalker Fur directly from Snow Stalkers.

In Document mode, the camera extends forward from the abdomen, allowing for a 360 degree view. The drone cannot move in this mode, however it does allow the player to take selfies. When the outer-view camera looks towards Robin Ayou, she will take one of several poses to pose for the camera.

Should the drone get stuck, it has the ability to self-destruct. However, it is not all terrain; it cannot enter water and taking too much damage will cause it to "die", forcing the player out of the perspective of the penguin. Robin will not deploy the Spy Pengling inside a seabase.

The Spy Pengling can make a "beep" sound with Space.

When a Spy Pengling is crafted, it will feature a random name taken from a pool of 16 possible names.

The blueprint for the Spy Pengling is acquired by scanning fragments in the Glacial Basin, near Marguerit Maida's Base, and the Phi Robotics Center. It is crafted in the Fabricator.

"Hands Behind Back" pose 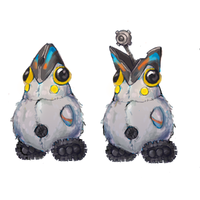 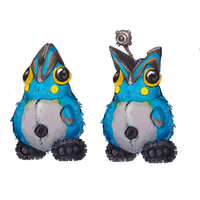 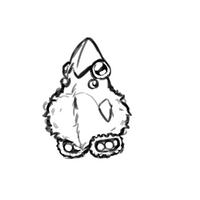 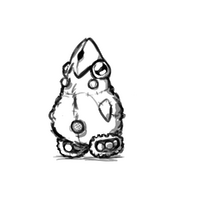 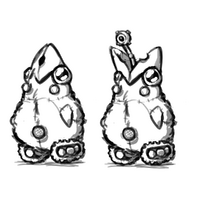 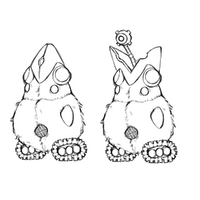 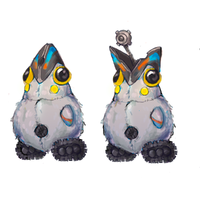