The Trivalve is a small fauna species that appears in Subnautica: Below Zero. Trivalve eggs are somewhat rare, as only 6 can be found. Two gold eggs in the Deep Lilypads Cave, two blue eggs in the West Arctic and two more blue ones in the Arctic Spires

From a side view, the Trivalve's body resembles a magatama, and it is mostly covered in a colorful exoskeleton. The creature has six visible legs, with four large ones supporting its weight, and two small ones right next to two pedipalp-like extremities. It has three eyes arranged in a vertical line, two small eyes for depth perception and a large complex eye between these two. Under the eyes is a beak-shaped mouth pointing downwards.

The Trivalve species appears to have two morphs that vary from each other in coloration. One morph has a shell that is pale orange on the top and darker orange on the sides and underside and black stripes, with the fins sharing the same coloration. The other morph is pale blue in color, with irregularly-shaped white stripes radiating outwards from the centre of the body.

The shell of the Trivalve, despite appearing similar to the hard shells of many invertebrates is actually soft and flexible, as shown by the Trivalve's animations.

The trivalve is very passive and playful towards the player, it can also interact with the player. Its Behavior is similar to the Cuddlefish from Subnautica.

The Trivalve will either follow the player around or stay in one area when told to. The player can tell it to stop/start following them using RMB.

The player can play with it using LMB. It has various play actions, such as tickling its nose, stroking its head, scaring it with a rock, or feeding it treats, and will display various emotions depending on said action.

The body of the Trivalve looks very similar to the shell of nautiluses, the most basal of living cephalopods. The name Trivalve is inspired by the class Bivalvia, possibly suggesting some comparable anatomical features. The creature's ability to swim upside-down seems to be inspired by horseshoe crabs. 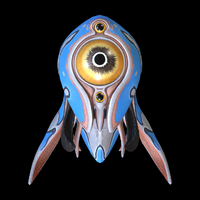 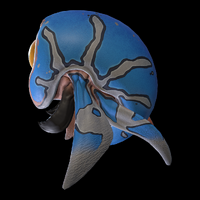 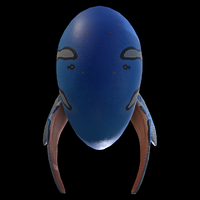 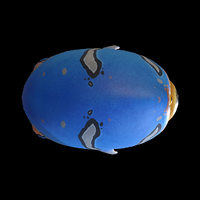 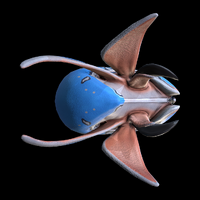 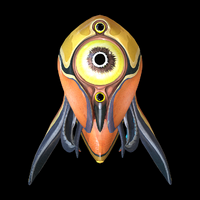 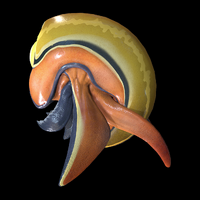 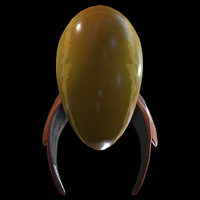 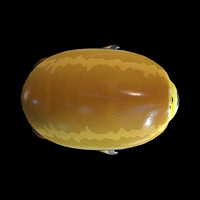 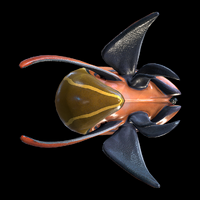 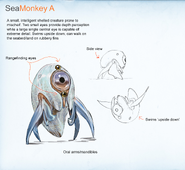 Model from Sketchfab
Community content is available under CC-BY-SA unless otherwise noted.
Advertisement